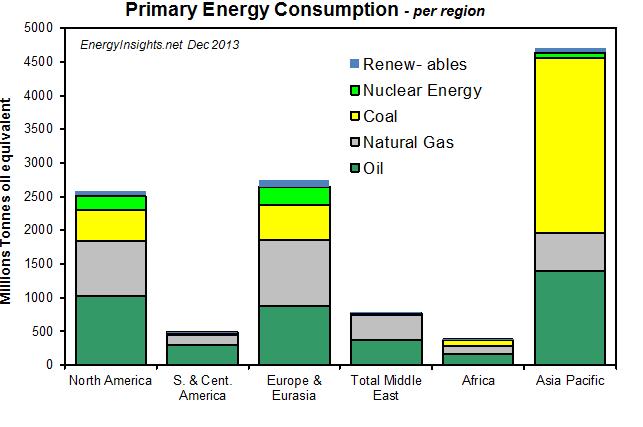 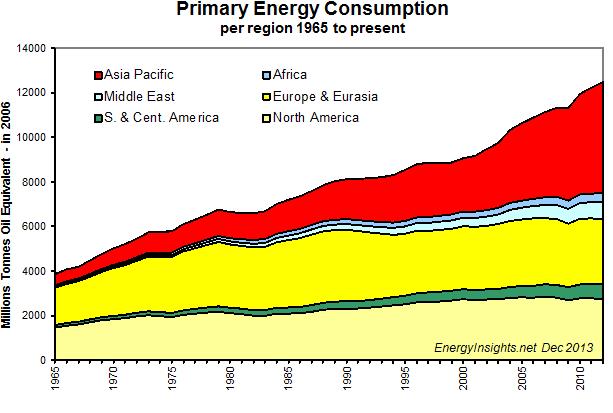 Primary energy consumption has rocketed from 4000 in 1965 to 12300 in 2012 and is set to continue to rise as developing countries energy usage increases. Usage is particularly expanding in Asia Pacific. 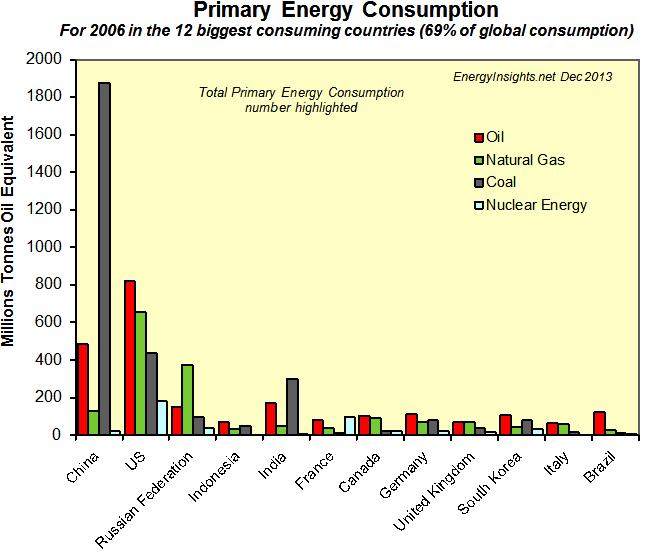 China and the USA are the largest primary energy users in the world. 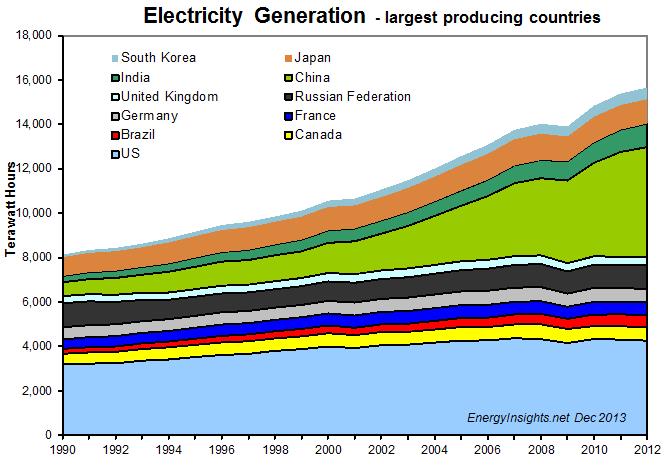 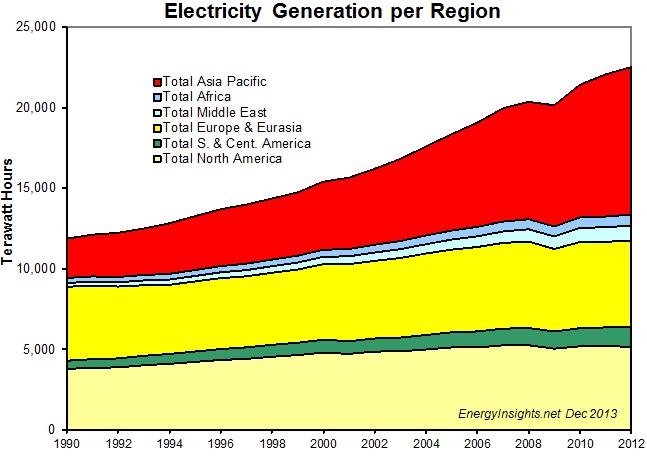